Things that go hump in the night*

So here I am way past midnight, right? Minding my business, which is making sure a release goes out before the sun sets in Houston so that I can bill this quarter, right? All of a sudden I get this Yahoo IM message, "asl?". Now I'm way wary of messages that just say "asl". More often than not, it's from a spam bot. So I reply.

Shefali, my ass. Might have been
Posted by Madhav at Friday, September 30, 2005 3 comments:

We are a nation of hypocrites. We leer at the scantily clad lasses on music videos but want our wives and girlfriends to be pristine and pure. We don't think twice before paying off the cop who flags us down on the road, but we are always indignant when we read about corrupt officials and politicians. We want our cricket team to be the best in the world but believe it's okay to have a physically and mentally unfit captain. We believe it's good to be honest but a little corrupt, devout but a little fanatic, chaste but get a little on the side.

We even have people who shut down their journals and then come back, all righteous and condescending. Some folks can't make up their mind.
Posted by Madhav at Friday, September 30, 2005 23 comments: 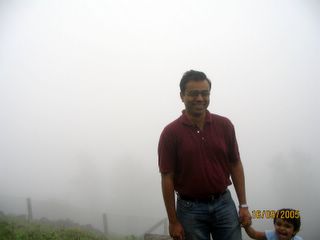 The kid stays in the picture
Posted by Madhav at Tuesday, September 20, 2005 No comments: 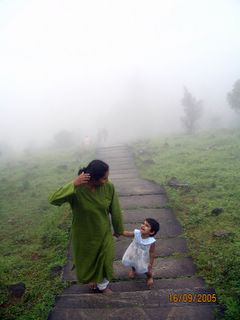 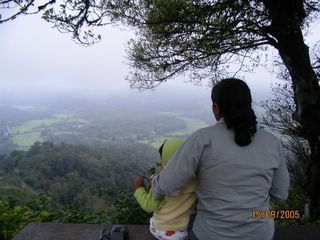 Mother and Child, Madikeri.
Posted by Madhav at Tuesday, September 20, 2005 No comments: